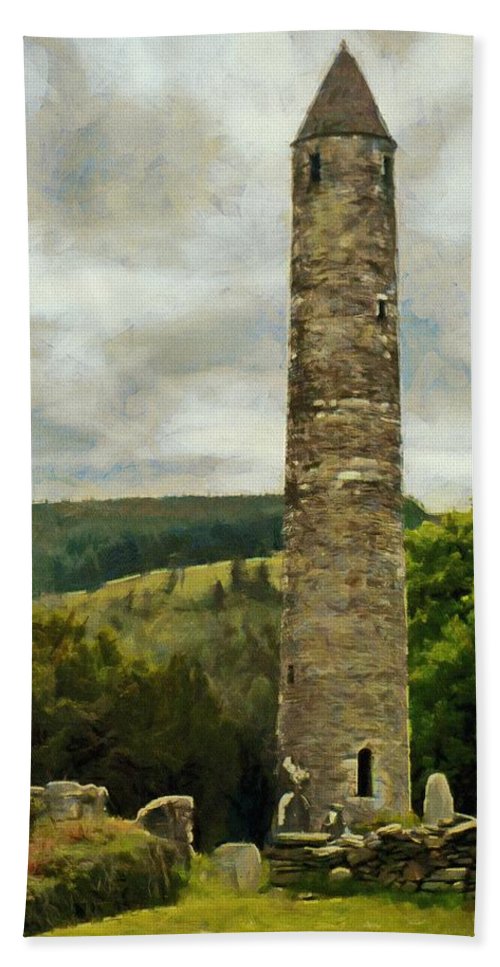 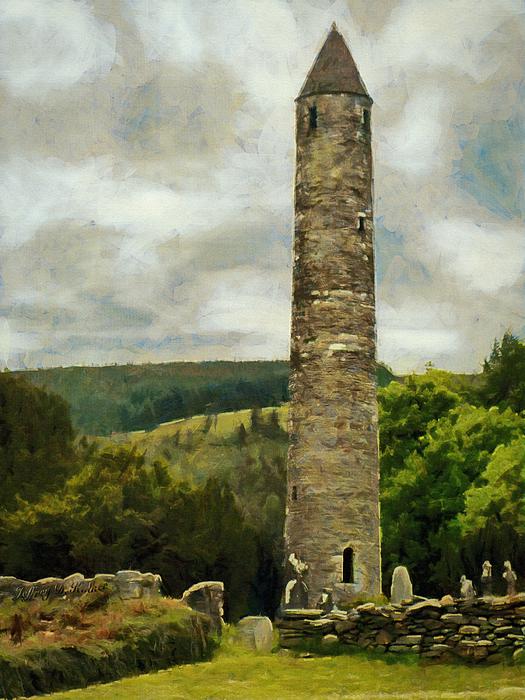 Boundary: Bleed area may not be visible.

Click and drag to re-position the image, if desired.

Round Tower at Glendalough Hand Towel

The image is near the edges of the product but doesn't cover the entire product.   Some of the background color may appear around the outside edges of the image.

Decorate your bathroom and dry yourself off with our luxuriously soft bath towels and hand towels.   Our towels are made from brushed microfiber with a 100% cotton back for extra absorption.   The top of the towel has the image printed on it, and the back is white cotton.   Available in three different sizes: hand towel, bath towel, and bath sheet.

Glendalough was a monastic city, most active from around the 6th Century until mostly destroyed by the British in 1398. Founded by St. Kevin, it is... more

Glendalough was a monastic city, most active from around the 6th Century until mostly destroyed by the British in 1398. Founded by St. Kevin, it is located a valley in the hills of County Wicklow, Ireland. Round towers served multiple purposes. First, they were used as landmarks, built tall so people could see them and find their way to their location. They were also bell towers, store houses, and refuges during times of attack. And Glendalough needed the refuge, as not only from the British, but they suffered various incursions from maruading Vikings as well. My visit to Glendalough was wet. It rained and rained. And rained some more. It would seem like that the only dry time was when were in the car, though it did rain some while we were driving. But once we got to our location, the rain would pour. But we didn't let that stop us. Nor did it stop the busloads of tourists coming to the area. Here you can see the tower and the associated cemetery.

Self taught, I use the computer to paint. I've always been interested in computers since I first worked on one way back in high school. And I've always had an appreciation for art, as my mother is an accomplished painter. Merging the two, what you see are the results. Digital work that looks (hopefully!) like a traditional painting. My paintings are mostly places I've been, preserving the memory and sharing them with the world. I love to travel, seeing and experiencing new things. Painting the things I see reflect the wonder I had when I first saw them. I hope that when people see my works, they think the subject matter is interesting, whether or not they like the painting. Oh..and I paint flowers too, among other...