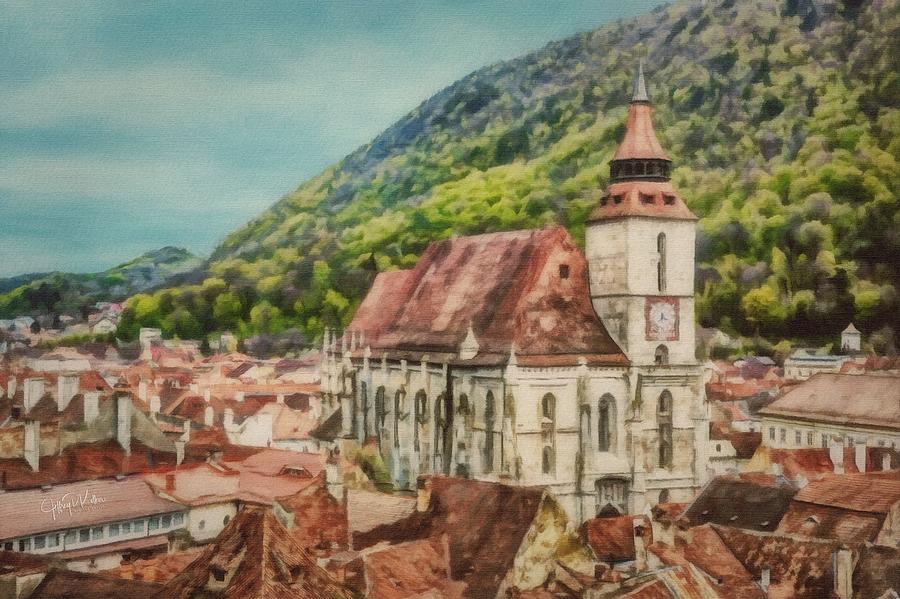 Brasov is a large city located in central Romania and would probably be considered the capitol of the Transylvanian region of the Country. People have been in this area for the last 12000 years, per the archaeological record, from the Neolithic, Bronze Age and Romans. However, the city you see now was built starting around the late 1100's. Germanic settlers were sent by the Kingdom of Hungary to colonize the area. Buildings were built, defenses were constructed, etc.

The large building you see towering above the others is the Black Church, built starting in the late 1300's. It's not black at all. Rumor had it that it turned a darker color after a fire in Brasov in 1689, but this doesn't seem to be the case. The coloring seems to be the result of industrial pollution. Not quite as romantic of a story as the fire.

Some of the roofs are probably hundreds of years old. And some look like they're that old.

This view is curtesy of the Black Tower, which is part of the fortifications of the city built in the 1400's, built on the slopes of a mountain overlooking the city.